The Drill Hall Library is within an iconic building which has a long established naval background and that sits alongside Chatham Dockyard in Kent. 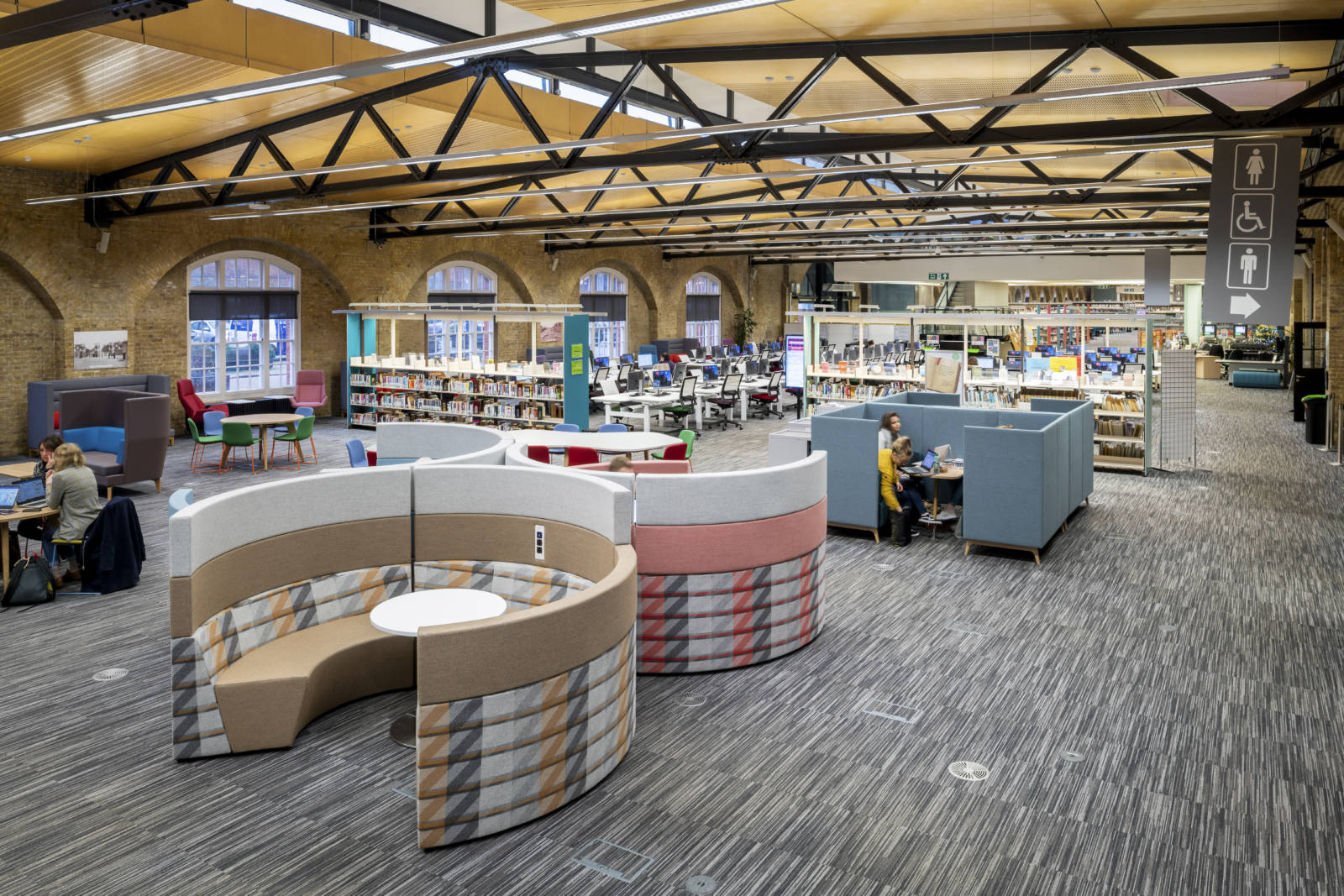 Built in 1902, as a Drill Hall for the Royal Navy, the building became their mess barracks. In 1917, during WW1, a German Gotha bomber dropped bombs on the building, tragically killing more than 130 sailors.

In 2019, the Universities decided to upgrade the existing library facility, a large space of around 5000 square feet. Wagstaff Interiors Group were invited to create a completely new scheme, taking it away from an environment that was no longer suitable for modern day learning.

Wagstaff made full use of the stunning space, creating several activity based zones and selecting a range of flexible furniture, facilitating collaborative learning styles. 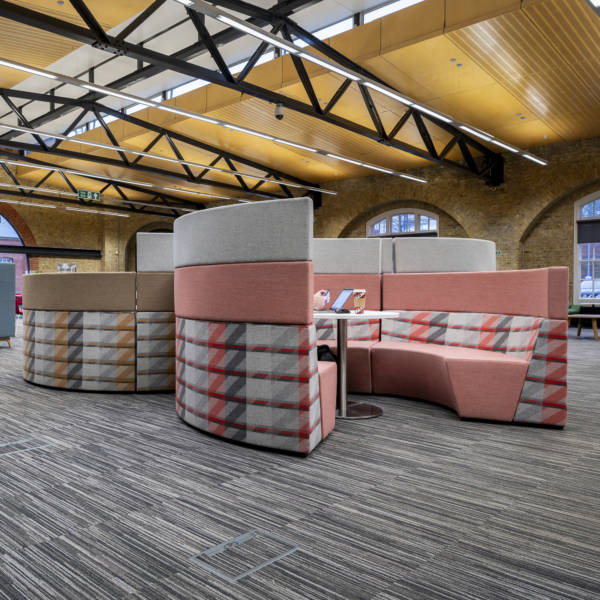 Striking semi-private working and collaboration spaces are defined using a cluster of Connection Flock pods, upholstered in eye-catching fabrics with tables and integrated power for charging laptops and phones. 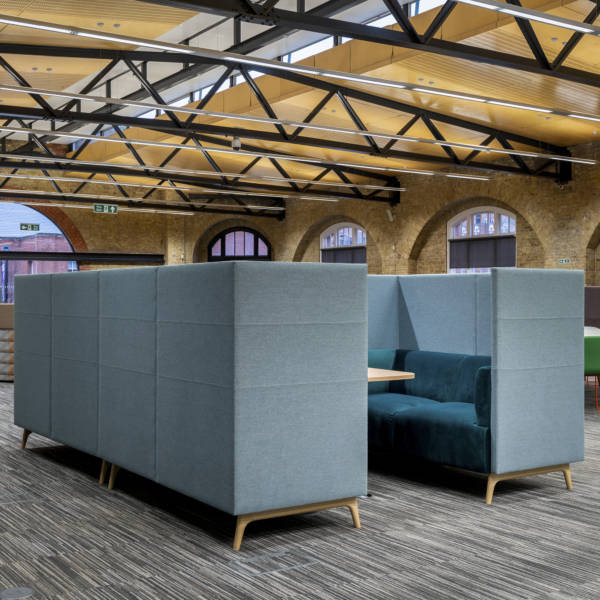 A variety of Connection Tryst high back booths, both 2 seater and 4 seater, with luxurious sprung seats upholstered in velvet fabric, provide more areas to retreat to and study in comfort.

The result is a comfortable and attractive environment, sympathetic to the building’s architecture and history. The updated library facility is now fit for the future and bound to achieve its aims in encouraging an increase in admissions. 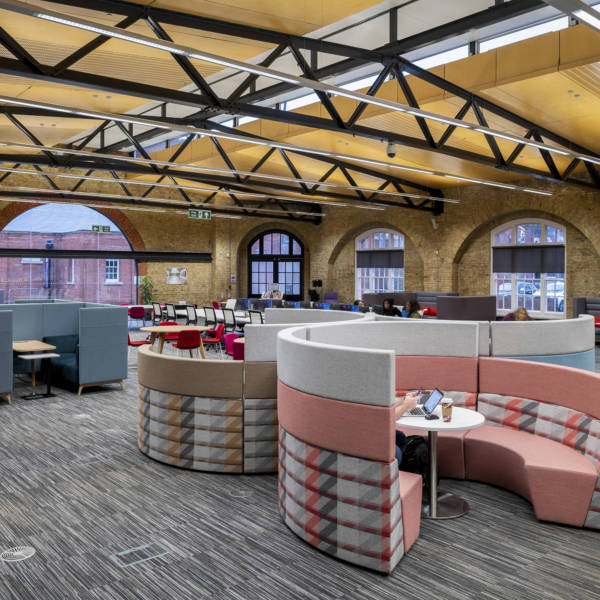 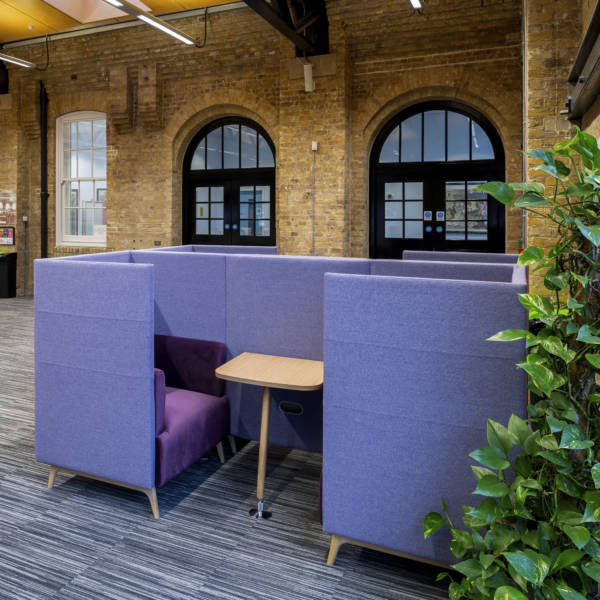 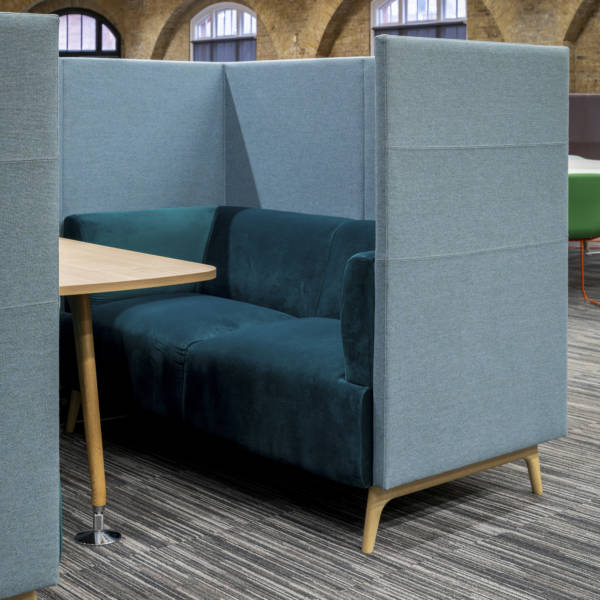 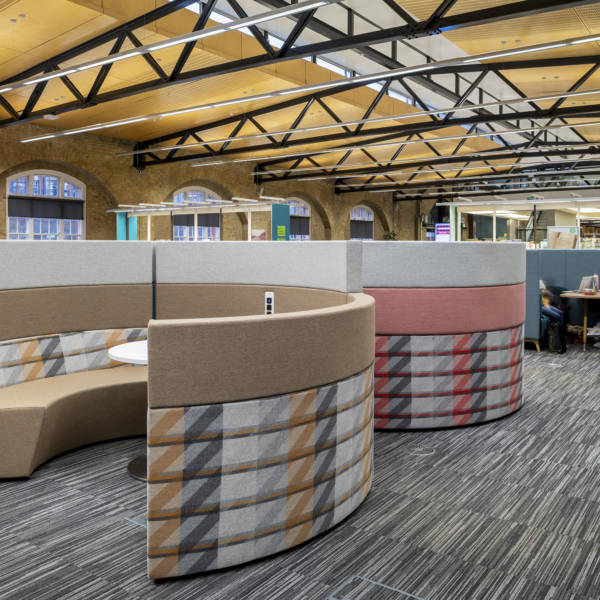