Weightmans asked for an open plan agile workplace where employees could move freely and work from anywhere. Particular focus was placed on encapsulating Weightmans’ brand and its three core values of radical transparency, teamwork and respect, and enterprise. Claremont were tasked with bringing the space to life and implement Weightmans’ wishes, with Tryst booths, Leo sofas, Kala chairs and Gloss tables all specified to meet the requirements of the space. 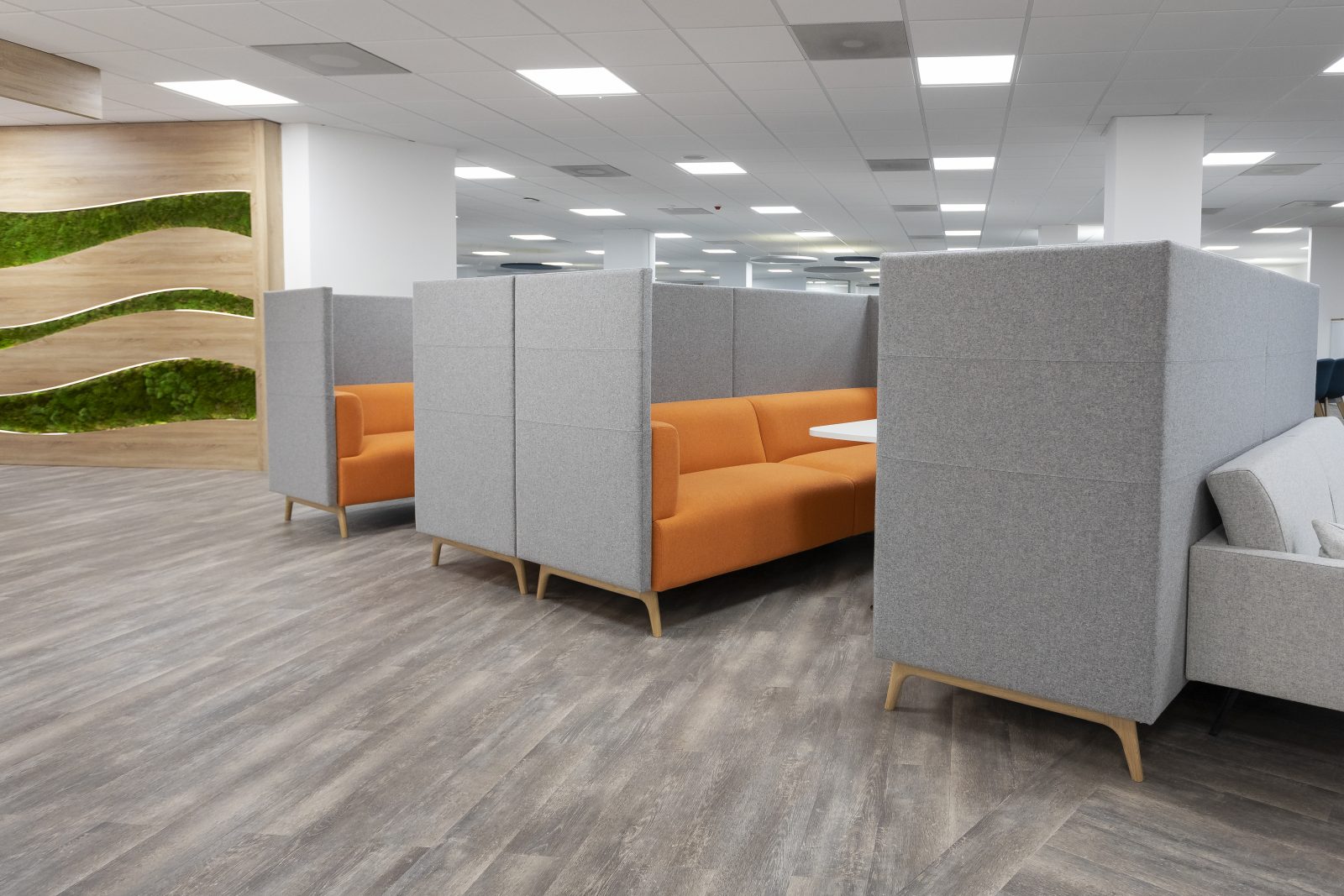 The finished space can accommodate up to 600 employees across a variety of purpose-built, activity-based spaces. The decision to move away from 120-degree desking in favour of linear desks and ending ‘allocated’ desks, allowed Weightmans to maximise the square footage available to them.

Each department was given their own ‘neighbourhood’ as a base for their team, as well as centralised individual lockers to dissuade employees from claiming and personalising specific desks, retaining the flexible, activity-based space.

A combination of individual focus rooms for private calls and focused work, booths for one-to-ones and meeting rooms, some with video conferencing included, provide tailored spaces to support how staff work. 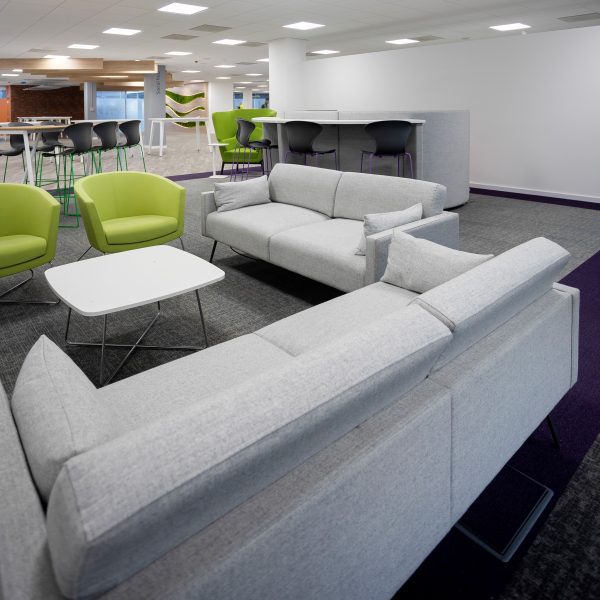 Leo sofas were positioned in the space to create flexible breakout areas which allows employees to relax, meet and socialise in the middle of the office. 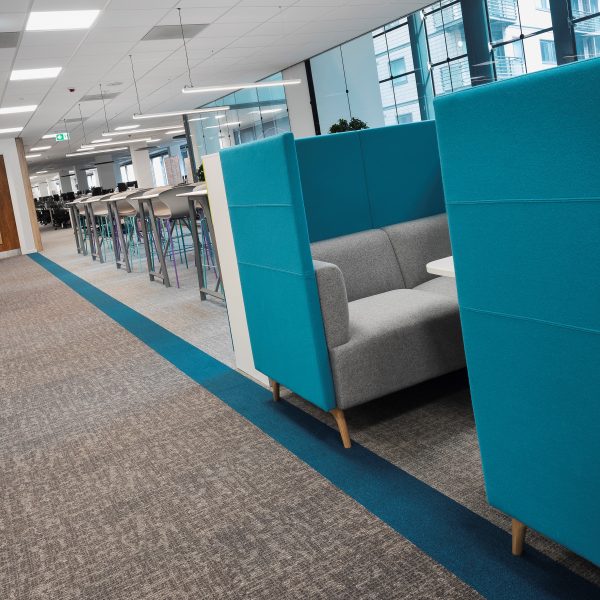 Multiple configurations of the Tryst booths were specified throughout the space, each positioned to enable separate functions. The high-back booth is ideal for employees looking to find a moment of seclusion, whether that be for carrying out individual tasks or simply having a spot of lunch. 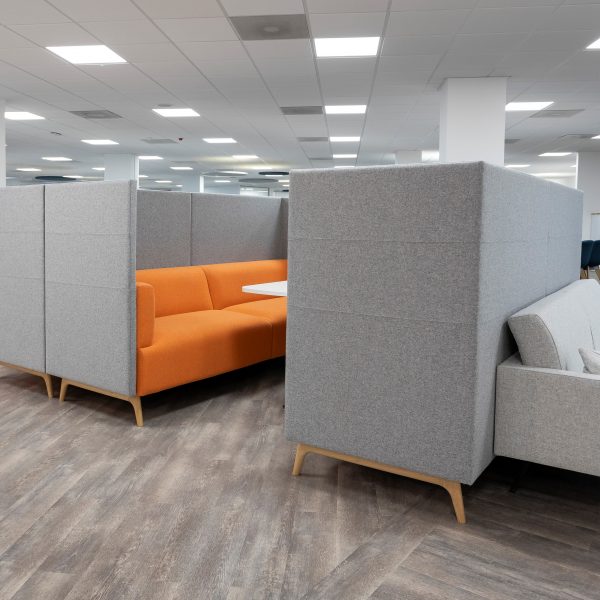 The surrounding, sound-absorbing back also makes it the perfect space in the office to hold private meetings and presentations thanks to its acoustic and visual privacy. 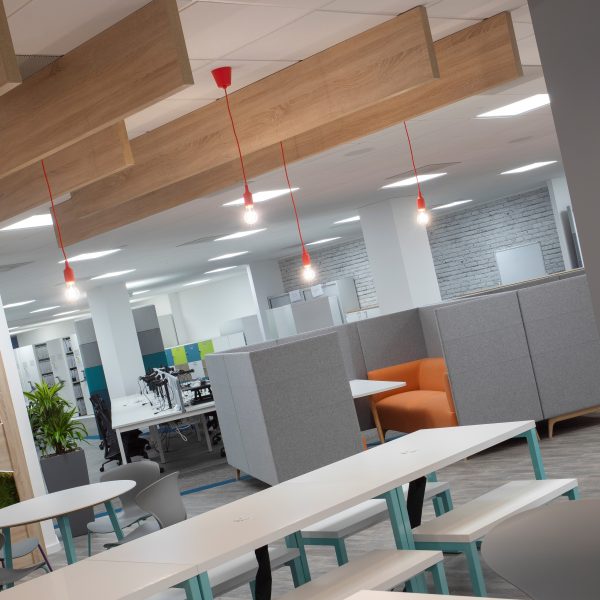 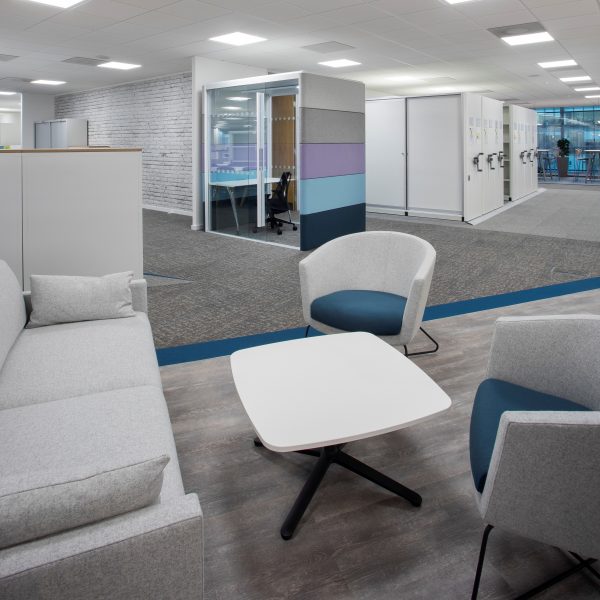